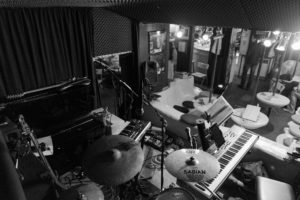 St. Louis doesn’t have the best reputation when it comes to crime – it seems you can’t go a week without hearing stories about car break-ins or a band in town for the weekend having their equipment stolen.

However, the streets of downtown may have become a little safer as a recent theft ring linked to more than 100 break-ins over the past several years has been broken up by St. Louis police.

Six individuals have been charged so far and more than 800 pieces of stolen property have been recovered, ranging from purses and cellphones to laptops and music gear.

In fact, there was such a large volume of stolen goods confiscated that a new page had to be created on the police department’s website in order to help return everything to their rightful owners.

Our city has long been known as the capital of band thefts. And while everyone in the music industry understands you can get ripped off anywhere when you’re on the road, the risk in St. Louis is considered to be much higher.

Whether St. Louis is truly a hot spot for band thefts compared to similar cities or it’s just conjecture based on the publicity these stories receive, it still has a negative impact on the music scene in our city.

Who knows how many great bands have skipped St. Louis on their tours because of the negative reputation?

The good news? Since the arrests a few weeks ago, police have noticed a marked decrease in the number of break-ins.

While our city still has a lot of work to do in cutting down crime, hopefully breaking up this organized thieving ring will put a dent in property theft.

Tips For Keeping Your Equipment Safe On The Road

If you follow the indie music scene, you’ve probably seen this meme somewhere on social media: “A musician is someone who loads $5,000 worth of equipment into a car worth $500 to drive 100 miles to a gig that pays $50.”

As many bands ranging from regional acts to those on the national stage will tell you, this is often not even an exaggeration. Since your gear is obviously essential to any band, it is crucial you take steps to protect your equipment when you are on tour.

St. Louis needs to turn its reputation around since we are a very convenient stop for many touring performers. Hopefully the recent bust is a big step in that direction.

It’s not Thanksgiving yet, but we’re already stuffed! With instruments and gear, that is! You heard us right: Our inventory is full of great gear and used instruments just waiting for you to take them home with you. So if you’ve been eyeing something but have been hemming and hawing, now is the time to […]

Are you picking up the drums? This percussion instrument is arguably the backbone of every band and a great mental and physical workout. You’ve researched and decided that drums are your cup of tea. But now the question is, should you get a traditional or electronic kit? 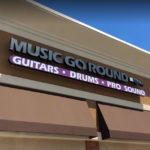 We’re celebrating eight years! We are incredibly grateful for your continued support of Music Go Round and the musicians of St. Louis, and we can’t wait to continue serving you for years to come. To celebrate and say “thank you,” we are once again throwing a celebration! For one day only, we will observe our […]

It’s always been your dream to own your guitar. Maybe you’ve always played on rented guitars and have decided it’s time to make the leap and finally get one to call your own. Before you do, there are a few tips you should follow, so you find the right guitar.